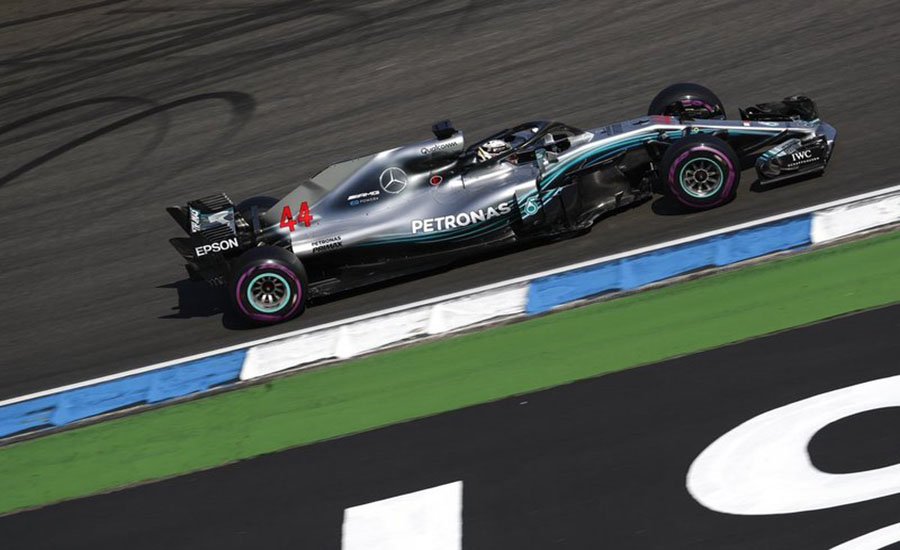 The German Grand Prix edition of Formula 1 World Championship concluded in the weekend rewarding the German fans with thriller. They enjoyed a thrilling rain-hit grand prix at Hockenheim witnessing Lewis Hamiltonâ€™s unlikely but sensational 67 lap path to victory starting from 14th place in the grid. The German rival Vettel was at the front until the rain hit the track when his Ferrari slid into the barrier and his day was over. And this gifted the Mercedes a 17 point lead in the championship table. (photos: autosport.com) (source:bbc.com)